Worrying Our Lives Away 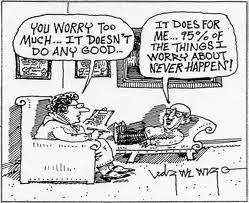