“Won’t You Be My Neighbor?” 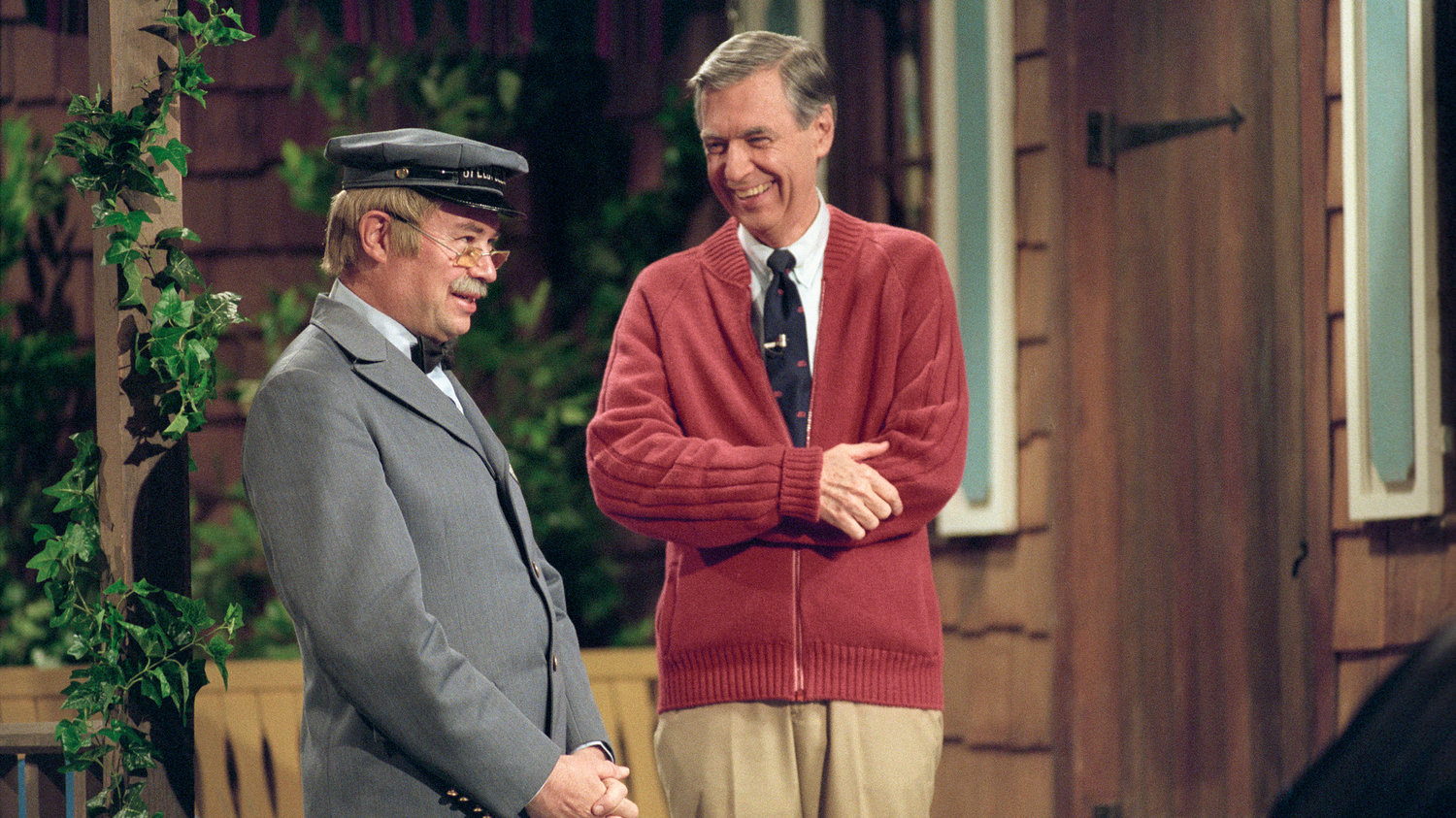 As we sat in the darkened theater, watching the film, Won’t You Be My Neighbor?, we were enveloped in a sacred experience, an embrace of love and compassion reminding us of the way the world is meant to be. Safe. Caring. Kind. During his iconic more than three-decade TV career, Fred Rogers embodied and provided safety, caring, and kindness for 30 minutes every weekday for children, as well as adults, across the United States and beyond. He gave us all a glimpse of what could be, of what should be, for all of us.

Fred Rogers was a saintly man, the same saintly person off-screen whom we saw on-screen. He was genuine, he lived what he taught, he understood that all we really want and need in this world is to be loved, simply loved.

Several days after watching the documentary about his life, we still feel his deep warmth emanating from the screen. His gentleness, his inclusivity, and his graciousness continue to resonate in our thoughts and spirits. His values—everyone matters, everyone is created with gifts to offer the world, everyone deserves respect and dignity—so closely align with our own values.

The feeling doesn’t go easily away.

“The greatest thing that we can do is to help somebody know that they’re loved and capable of loving,” is what he believed.

In an age of discord and debilitating disagreement, of contempt and confusion about what our shared values really are, it seems as if Mr. Rogers’ example is more important than ever. In the theater, with continuous smiles on our faces and a few tears glistening in the corners of our eyes, we were reminded of what simple love is through iconic scenes from Mister Rogers’ Neighborhood’s long run—sharing a wading pool to cool hot, tired feet with an African American man during a tense time of racial discrimination, tenderly talking with a young boy who lived with considerable disabilities and treating him with respect and equality, reassuring a nation in times of profound disaster and fear that when darkness is most disconcerting, that if we look for the helpers in times of trouble we will still see hope in seasons of seeming hopelessness.

To us, Fred Rogers is most definitely one of the helpers who still very much, despite his passing 15 years ago, brings light and hope and love into a contentious, angry world today.

But Fred was certainly human. He doubted his effectiveness and impact. He hurt when criticism about his meekness and perceived softness rose up. There were those who blamed him and his message about every child’s inherent worth and innate goodness for producing generations of entitled, spoiled youth and young adults. The documentary didn’t shy away from highlighting those critiques. Fred wasn’t immune to the self-doubts that could come from denigration and disapproval.

Joanne Rogers, Fred’s wife, has written about him in the introduction to The World According to Mr. Rogers: Important Things to Remember (and which we site in our second book, Someone To Tell It To: Moved with Compassion):

It was not all fun and games for Fred – he had his struggles, too, as we all did. I remember his moaning and groaning to us: “I just know I’m going to fail this course!” Of course, we’d all get worried for him. Then he’d get an A and we’d all get mad at him… It took courage and a lot of support when he faced the cameras for the first Neighborhood programs. Someone once asked which of his puppets resembled him the most. It was, of course, Daniel Striped Tiger – an uncharacteristically shy tiger. Despite Fred’s tendency to shyness, that trait never got in the way of his capacity to make many friends, to whom he readily lent an empathetic ear. Fred was always a good listener for as long as I knew him…When we were together he was able to show his lighter side – perhaps I even enabled it sometimes, as did several of his friends who had the “gift of whimsy.” He could laugh heartily and with much pleasure at pure silliness, and was, at times, the funniest person I have known…When I think of the entire persona of Fred Rogers, my inclination is to put him on a very high pedestal, despite the fragilities that are part of being human.

Won’t You Be My Neighbor? reminds us once again why we value and love Fred Rogers and his legacy so much. His life and work inspire our lives and work. If we can, in the midst of our humble humanness, become bearers of safety, caring, and kindness in an often unsafe, uncaring, and unkind world, then we believe we are doing sacred work.

Perhaps this is why Fred Rogers’ words and work have been given a new renaissance today. The feelings his story evokes don’t go away easily. Those quiet feelings are stronger and ultimately far more powerful than the louder voices that so often declare we aren’t good enough, worthy enough, or gifted enough to deserve anyone’s love.

We all do deserve to be loved and to know that we can love ourselves and one another. When we feel that love then hearts begin to mend, and spirits begin to sing.