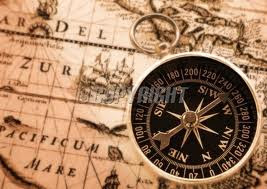 It is the basic principle of spiritual life that we learn the deepest things in unknown territory. Often it is when we feel most confused inwardly and are in the midst of our greatest difficulties that something new will open. We waken most easily to the mystery of life though our weakest side. The areas of our greatest strength, where we are the most competent and clearest, tend to keep us away from the mystery.
Jack Kornfield

Talk about unknown territory. Tom just entered it yesterday. He and his wife received the news – both exhilerating and overwhelming – that they are going to be the parents of twins in seven months. Tom found an interestng statistic that he posted on his Facebook status this morning – that only 3% of the world’s population gives birth to twins outside of fertility treatments. Tom and his wife Sarah knew for a few weeks now that they would be having a third child. But even though there is a history of twins on both sides of their family, Tom and Sarah never imagined that they would be included in the 3%.

Tom and Sarah have found hope in having friends who have also recently had their third child turn out to be twins. Witnessing their friends navigate their own similar unknown territory, Tom and Sarah have gained hope that they can make this unexpected journey one of incredible wonder, one of utter joy, one of extreme gratitude and one of unique privilege. They feel that they have been given the opportunity to do something that so few others ever have the chance to experience. These friends were one of the first people whom Tom called to tell the news yesterday. He knew that they would certainly understand and would certainly be a tremendous source of peace and strength for his family, because they have already navigated this territory too. Tom knows that they are people whom he can “tell it to” to find meaning and clarity and empathy as he and Sarah venture into the unknown.

We tend to shy away from unknown territory much of the time because it’s too uncomfortable, too insecure and too unsafe to venture into places we do not know. But when we can embrace the idea that we awaken most easily to the mystery of life through our weakest side, we will be more inclined to choose as Robert Frost has written … the road less traveled. For when we do we will not be living so much in fear but in excitement and wonder at this new thing that has opened to us.