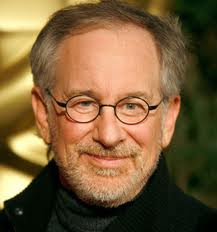 Most of us have felt overlooked, devalued or forgotten at some time or another and most of us have probably overlooked, devalued or forgotten others, too. We’ve all either been in the position or perpetrated it – the low-level employee who feels like his job isn’t as important to the operation to the company because of the way his superiors ignore him. Or, someone who thinks she isn’t taken as seriously based on her outward appearance, feeling judged because of her weight or age. Or, the soft-spoken introvert who feels less valued because he does more listening than speaking and doesn’t easily capture attention in a group.

We read an article this weekend called Quiet Power, about introverts and the lack of credibility they have historically been given in our culture. The article references several people with famous last names, such as – Einstein, Van Gogh, Spielberg, Parks, Roosevelt, Rowling, and Gandhi who have or have had introverted temperaments. Their power and abilities were not always as readily recognized as others’ were; but ultimately, all of them have proven what depth lay beneath the quiet facades.

Throughout our careers we have had countless conversations with people who have felt, particularly in their work or school environments, unworthy, devalued, and unappreciated -simply because they were more unassuming, contemplative, and reserved than their peers. Recent books and studies are showing that introverted people have just as much to offer and that they offer it in a way that is no less valuable and important. For example, on Sunday evenings ABC is airing a show called Undercover Bosses, where the CEOs of large companies go undercover to work as a lower-level employees of their firms. These experiences show the CEOs what’s it’s like to work in the trenches and the effect is to leave them humbled, giving them great insights about the significance of EVERY employee and their contirbutions to the companies’ success. Attitudes evolve through this experience and the CEO’s begin to change their perception of their employees. That, in turn, leads to greater productivity, more positive morale and better results.

We have found that all of us need to be reminded of what other people live with and experience. When we are able to ‘enter into another’s world’ we see things we haven’t seen before and begin to understand not only other’s experiences, but their reactions to their experiences. That insight helps us to have greater grace and patience and empathy and compassion. It helps us to remember that EVERYONE has something to give no matter who they are, where they have come from or where they are now. And ALL OF US have something to learn from EVERYONE we meet.