The Sunny Story of Jessica Drew 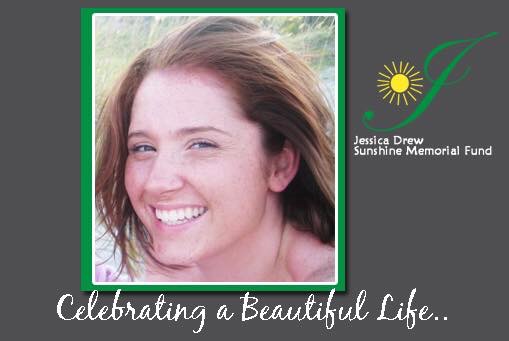 After having twin girls, Lindsay and Kayla, Karen was convinced the new baby she was carrying was a boy. Everyone was convinced it was a boy… except Lindsay. So Karen told Lindsay she could name the baby if, somehow, it was a girl after all.

Sure enough, Lindsay was right. It was a girl. And as she leaned over the bed to meet her new baby sister, she whispered, “Hi, Jessica.”

Karen breathed a sigh of relief.

Jessica came to be known as Jessie, and Jessie was known by all as pure sunshine. She grew up to be the kind of person who would visit the humane society often, calling home to check and see if there was room to adopt a stray. She cared about animals, and cared about people even more. She’d surprise her family with funny messages; she left the biggest tip when she and her friends went out to eat; she talked to the people most other people ignored in school. She really was sunshine: light, warmth, and joy that was not only seen, but felt.

Jessie was in a car with her friends on the day everything changed. Karen had just gotten home from the grocery store when the phone call came: the girls were in an accident; the chaplain at the hospital is waiting for you.

Karen dropped the phone and ran to her car.

I called my husband and said, “Come home. Jessie’s been in an accident and I think it’s bad.”

And then, reality hit. This wasn’t a TV show. This was actually happening. Jessie was gone.

“She died on a Tuesday,” Karen says, “and for the entire year, I despised Tuesdays. I was counting in weeks for the first year, and then it progressed on from there. I can’t believe it’s been 10 years now. Somehow 10 is hitting me harder than any of the other numbers.”

But even after her tragic death, evidence of Jessie’s bright life still lingered.

Karen says, “I remember she had two different banks and two different checking and savings accounts. The first place I went, the girl came out and handed me a check. I looked down and said, ‘No, no, her savings account, too,’ and she said, ‘Yeah… that’s both.’ It was $9.50. The same thing happened at the credit union. I think it all added up to a total of $21 that she had to her name. I remember laughing and thinking, ‘That’s so Jessie.'”

Always extremely generous, always ready to help someone in need.

That’s how the Jessica Drew Sunshine Memorial Fund was born. 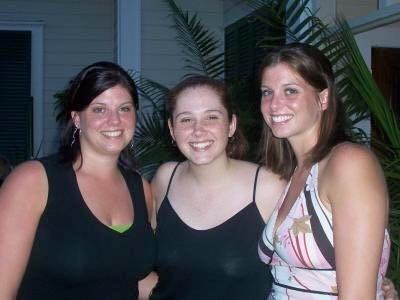 Lindsay says, “We look at the requests for donations and we look at it from the viewpoint of ‘What would Jessie say? What would she do?’ Sometimes that’s tricky because she would have said, ‘Yes! Give the money to everybody!'”

Which, ironically is kind of what has happened. What started as a scholarship program for high school seniors has branched out to help so many—and often in ways that defy explanation. A family that was about to be homeless was given a downpayment for a new home; the exact amount of money they needed was given to the foundation the day before. A high school senior won the scholarship on the day of her high school graduation party, the day before her parents were going to tell her she had to defer her acceptance because they couldn’t afford the first payment. It was the exact amount they needed, too.

Lindsay shares, “We, as a family, felt like we had been given this gift of Jessie. I would give anything to have her still. To see who she would have been as an adult. To have my son know her and love her. But then I look at what has been done in her memory. The reason we’ve been able to do all this work is because of who she was. So while I’d give anything to have her back, there’s part of me that knows I was never supposed to have her for my whole life.”

Karen agrees. She tried traditional counseling, but it wasn’t a good fit for what she needed. She says, “Gosh, I wish you had been up and running when it happened, because I would have been talking your ear off. There really isn’t anything else like that. In the beginning, of course, your friends and family support you. But after awhile, you don’t want to be the one who is constantly talking about it. You’re trying to do the very best you can to get up every morning and survive. It’s been 10 years. When I sat with Michael and Tom in January, we sat for a couple of hours and as I was driving home, it just felt so good to be able to talk like that. I really hadn’t done that very much.”

This year, The Sunshine Memorial Fund will host its annual golf outing on August 20th at the Toftrees Golf Resort and Convention Center in State College, Pennsylvania. (You can register here.) And if you are planning on attending, you can plan for good weather. For as long as they’ve had the golf outing, the sun has shone every single year. It’s never rained.

It’s easy to see that Jessie’s still shining, even now.