That’s When the Magic Happens 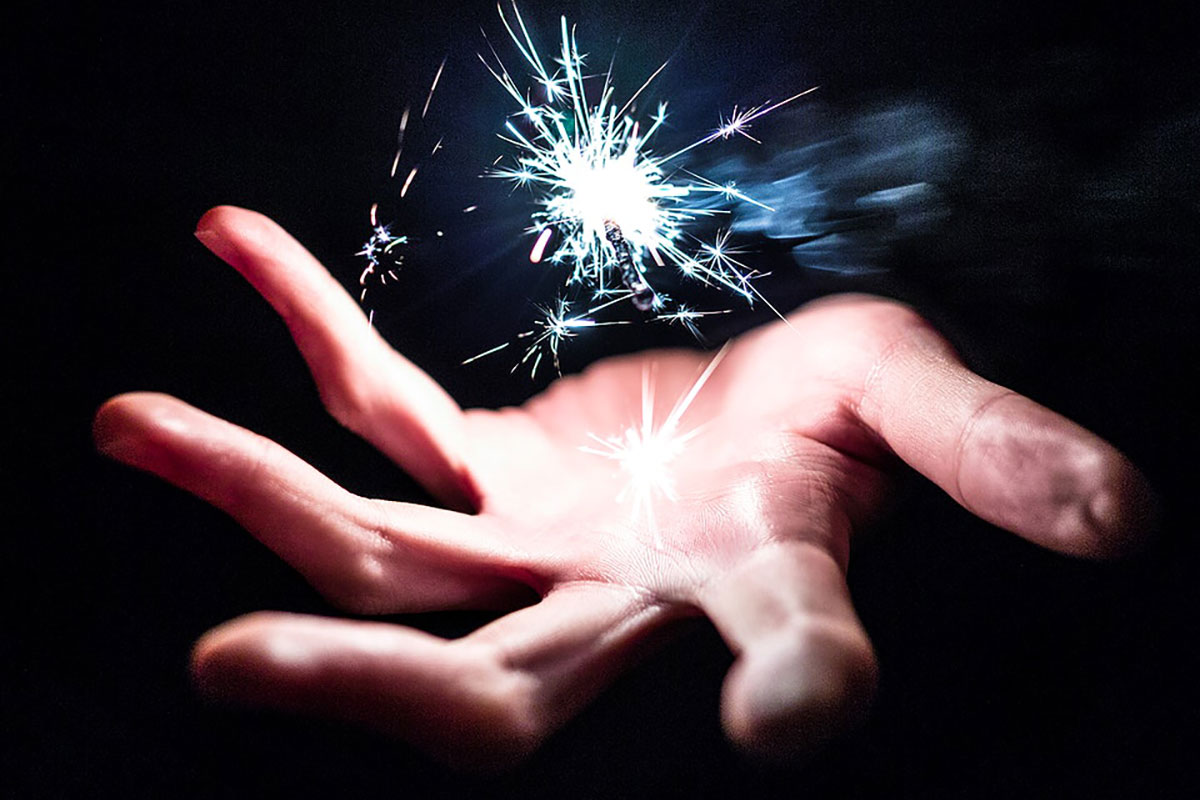 If you’ve ever been to a magic show or seen one on Netflix, the best magicians create an environment where the impossible seems, well, possible. Whether it’s horizontal levitation, walking on water, throwing a card through a glass window, passing a guillotine blade through someone’s neck, cutting someone in half with a saw, or the all-time classic, pulling a rabbit (or two!) out of a hat, magic tricks cause an audience to believe the unbelievable.

Like some of you reading this post, I didn’t grow up in the 60 or 70’s when The Twilight Zone was popular. For those of you who have never seen the show, each episode began with:

“There is a fifth dimension beyond that which is known to man. It is a dimension as vast as space and as timeless as infinity. It is the middle ground between light and shadow, between science and superstition, and it lies between the pit of man’s fears and the summit of his knowledge. This is the dimension of imagination. It is an area which we call the Twilight Zone.”

In an interview about the show, the show’s creator Rod Serling once said, “If you can’t believe the unbelievability in the show, then there’s something wrong in the writing.” Episodes always ended with an unexpected twist. Over the years, many other shows have been inspired by The Twilight Zone, such as the X-Files in the 90’s, LOST in the 2000’s, and, most recently, Stranger Things in 2016.

When we started thinking about the potential impact of our new book, Listening 2by2: A Paradigm Shift for Leaders (That’s When the Magic Happens!), we intentionally chose the phrase “That’s When the Magic Happens” because we believe in—and have experienced both personally and professionally—the seemingly magical impact that listening has on way we lead and the culture around us.

Several years ago, someone closely affiliated with STTIT’s work reached out to us to explain the transformative power of listening well:

“I had an experience with listening and the power of being heard this week that I had to share with you. We have a client who has a history of communication that, while well intended, is deeply rooted in pain and grief, and has a history of being received as harassing and aggressive in nature. To the extent where he had to be blocked from social media accounts and all communication with him had devolved into a bit of a contentious standoff. He was a newer manager and had begun contacting me. I could sense the underlying problem was he felt he wasn’t being heard. You inspired me to take a different approach with him, and I decided to meet with him and asked another manager to join me as reinforcement. We met for nearly two hours and even though it was difficult in a few instances, we mostly simply listened … and that’s when the magic happened. His overall demeanor and energy changed, and he reached out to thank us for actually listening and hearing him. He attended and spoke at our bi-monthly client meeting last night. Every time he has spoken in the past, there has always been a very angry tone to his comments – until last night when he delivered remarks in a non-hostile way. Following the meeting, members of our admin team were shocked and approached me to ask what we did to help facilitate the change in his approach. My response? “We simply listened and allowed him to feel heard.” Thank you for inspiring me to see a different way of approaching communication with him!”

At Someone To Tell It To we want to help the world to listen. We believe this book is another chance to make the impossible seem, well, possible, and the unbelievable seem, well, believable. We can create the kind of world (and work environment) we long for—one that is more gracious, more empathic, more understanding, more humble, and more proactive, with less tension, less drama, less conflict, less inactivity, and less ego.

If you can’t believe the unbelievability in the book, then there’s something wrong in the writing.

As we stated in the book:

If you focus on developing an organization’s culture – treating others as you would like to be treated – it will make a positive difference. If you ask those you lead how they’d like to be treated, and then intentionally listen to their answers and respectfully consider them, you will have the beginning of a transformed culture that helps people be excited and enthusiastic about their work … Human-centric leadership skills, used daily, brings out the best in everyone … if you want to be an effective leader, you have to listen.

If you want to know more, here’s a description that we hope will stir something in you to know more and read more in Listening 2by2: A Paradigm Shift for Leaders (That’s When the Magic Happens!):

There comes a time when change must occur. As a process, change has many moving parts, several personalities, and an atmosphere that can foster uncertainty and fear.

However, there is a simple act that can send shock waves through an organization to steady the flow of uncertainty, mitigate fear, and clear a path for a collaborative transformation. That act is – Listening. Learn to listen well and open the doors to communication, collaboration, innovation, and corporate problem-solving.

This is the story of Jeffrey, a CEO of a local business who has been given an ultimatum by one of his top employees – who also happens to be a member of the C-Suite. Jaime, who is normally cooperative, engaging, level-headed, and a person who gets the job done, has declared a need for change in the organization, or she will have to leave.

In his quest to keep his best employee, and, he came to realize, most trusted confidante, Jeffrey has called upon the Listeners: Vivian and Cecile. Together they walk on the path to listening, teach Jeffrey how to implement the L.I.S.T.E.N.™ tenets to improve communication not only at work, but also at home (where Jeffrey is also trying to fend off an impending ultimatum).

Throughout their time together, Vivian and Cecile, the founders of a leadership development company, demonstrate the strength of the Listening 2by2™ leader and communication development business model they have taught others to implement.

Challenged in the middle of the sessions by a pandemic which demanded the use of technology to communicate – adding an additional layer to the importance of using L.I.S.T.E.N. – they adapt.

Jeffrey continues to evolve and remember the leader he used to be and wants to introduce to those who work for him as well as his family. He realizes that change does not happen because it is on a list of things to do. Listening takes intention, it takes patience. And, when no longer considered a soft skill but an integral part of communication and culture, that’s when the magic happens!