Owning our Past and our Pain 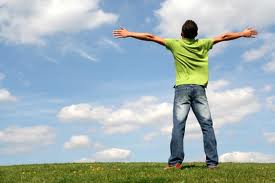 In the place inside me where the hurt of abandonment had been, now only compassion lived.
Antwone Fisher
Antwone Fisher was placed in a foster home weeks after he was born and through most of his childhood. He spent 12 years with a family who abused him physically, verbally and sexually. He was later sent to George Junior Republic School from which he graduated prior to joining the United States Navy.  Fisher joined the U.S. Navy to escape homelessness.  After his discharge from the Navy, Fisher joined the Federal Bureau of Prisons as a federal correctional officer.
Later Fisher met all of his natural family, including his mother Eva Mae. He learned that she had given birth to four other children who were all taken away as wards of the state. The quote above was made by Antwone after his meeting with them.   Antwone Fisher then wrote a screenplay about his life, which was made into a film directed by Denzel Washington.
It was in his going back to the place of his abandonment that caused Antwone Fisher the most pain.  For him to confront and revisit the people and places in which he suffered so many indignities took great courage and strength.
We all have places within us – relationships, events or circumstances – that cause us pain and anguish.  And we all need to acknowledge, confront and own that pain and anguish before we can be healed from it.  Like Antwone Fisher, we need to summon the courage and the strength to face our demons in order to be rid of them and to restore peace, stability and normalcy to our lives.
We’ve known people who years after the death of a parent cannot yet drive down the street on which the parent lived because the memories are still too raw and rough.  We’ve known people who cannot return to a long-standing vacation spot decades after the loss of a family member who was always there for every vacation.  We’ve known people who can never return to a church because someone judged them or burned them or offended in some way years before.  We’ve known people who, like Antwone Fisher, have been abused emotionally, physically, spiritually and sexually who have tried to bury the memories so deeply thinking that somehow the experience will be forgotten forever.
But none of those tactics really ever work or solve the problem.  They may soothe us for a while.  But once they are there inside they ultimately and eventually have to come out.  And even though we bury them so deeply and live with denial so long they will eventually surface – and when they do their reappearance is often destructive, sometimes violent, rarely healthy and always painful.
But when we can confront our demons and our painful memories and revisit them, acknowledging and accepting them as part of who we are, as part of our story,  that they do not define us and control us, we can begin to find healing, freedom and wholeness again.

Once Antwone Fisher went back to his place of pain and anguish he was finally able to experience true release from it and his life became one of forgiveness, grace and goodness, a life far better than it had ever been before.