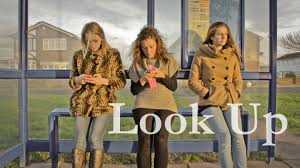 “One of the most beautiful qualities of true friendship is to understand and to be understood.”

Sadly, far too few of us have relationships in which we truly understand and are understood.

During a question and answer time after a noontime talk we gave to a local civic group, a man in his 80s, quietly shared,

“I absolutely understand what your organization is about. But I’ll be honest with you, the only “one” in my life who actually listens to me right now is my dog. My dog never responds with criticism or judgment when I tell him things. He simply sits there and let’s me share my troubles and my worries. He’s the one who does it best. He gives me what I need.”

After a few moments, people began to chuckle, nervously breaking the awkwardness of the silence. A few others nodded in agreement. They got his point. We all need a sounding board, non-critical, non-judgmental ears to take in our uncertainties, disillusionments and defeats.

Since his admission, we’ve done a lot of reflecting on that older man’s profound wisdom and vulnerability in sharing it. It was a brave thing for him to do.

Dogs are wonderful, absolutely. But don’t we need that in people too? Don’t we all need someone who will simply love us for who we are, who will see through our fallible, imperfect exteriors and into our hearts and souls and minds? Someone who can simply see and celebrate the wonder of creation that each of us are?

There is a book of quotes by the late Fred Rogers called, The World According to Mister Rogers: Important Things to Remember. In it there is a story about Mr. Rogers’ connection with his dog when he was a boy:

My own friend and companion, when I was little and didn’t yet have a sister, was Mitzi, a brown, wire-haired mongrel. We played and had lone conversations during which she heard many of my secrets and shared my joys and sadnesses. We ran in the fields and huddled together through thunderstorms. I gave a great deal of myself to Mitzi, and she faithfully reflected that self back to me, helping me learn more about who I was and, in those early days, what I was feeling. When she died, she went on teaching me – about loss and grief … and about the renewal of hope and joy.

The gifts we treasure most over the years are often small and simple. In easy times and in tough times, what seems to matter most is the way we show those around us and nearest to us that we’ve been listening to their needs, to their joys and to their challenges.

The rallying cry then was “buck up or shut up,” “boys don’t cry,” and “have a stiff upper lip.” With that standard in mind, most people didn’t have close, intimate or authentic emotional relationships. Yet, in our culture today – in an effort to be more open, more vulnerable, people have sometimes gone to the other extreme, voicing (or “vomiting”) their political, religious, or other views and feelings for the entire world to hear and read, regardless of the consequences. That may be because too many of us don’t know how to share healthily or judiciously. This isn’t necessarily helpful or healing either. It actually masks vulnerability and authenticity because there’s no real personal connection. It’s a form of hiding and keeping a distance to avoid intimate relationships.

There is a word that we want to highlight here. It’s “obedience,” which often evokes negative feelings and ideas and conjures images of someone ordering us to do something without us having any say or input. A parent yelling at a child to clean up her room. A husband or a wife demanding that the other work harder to bring in more money. A boss telling an employee to do something she believes is unethical. A master commanding a dog to sit or to heal.

But in reality, the word obedience derives from the Latin word audire, which means “to listen.” It means to “give attention to” without hesitation or limitation, to be “all ear.” It means to be fully engaged in the situation of the other. It doesn’t mean ‘searching for a response’ while another person in talking, but allowing the other person to fully express what he/she is thinking, feeling, and experiencing. It means to be patient and accepting of a person’s experiences. It means not to judge or be critical, but willing to be equally open to both the joy and the sorrow, the laughter and the tears. Obedience reminds us about the need to “show up” and to be “real” with one another.

Sometimes it is hard to be real. Recently, a friend shared a story in which she and a group of friends were talking about their week. One friend shared the painful news that his wife who has cancer is losing her job. This is a devastating development for their family financially and emotionally. Our friend said there was a stunned silence as if no one knew what to say. Their stunned silence wasn’t an empathetic silence—as if they were really listening and being “all ear” for their friend and his family. Instead, it was an uncomfortable and awkward silence.

Our friend told us that after a moment, someone spoke up and shared the news of something good that had happened, which redirected the conversation off the difficult news their other friend had shared. It was as if by ignoring the depth of what was shared that it would somehow “go away.”

Our friend expressed regret that she didn’t speak up and acknowledge the pain the man expressed. She rightly realizes the significance of the silence and the damage that it can do. She understands that the group’s silence in essence said to the man, “your concerns, your pain, your sorrow, isn’t valid and important.” More than likely, she feels he will be very reluctant to share something so personal and painful again.

Our friend is a caring and thoughtful person. And, her friends are as well. None of them purposefully wished to hurt or ignore their friend as he shared his devastating news. They just didn’t know what to say so they said nothing.

Technology can add to our social discomfort. It can make it hard to learn what to say or how to say it. It can get in the way of human connections. One afternoon we were speaking at a chapel service to a group of teenagers. We showed a YouTube video clip, called “Look Up,” (https://www.youtube.com/watch?v=Z7dLU6fk9QY) that had gone viral with 50 million views. Using rhyme, the narrator encourages viewers to “look up” from their electronic devices to engage more personally with the world. After our talk was completed that day, we took time to answer some questions. Some of the teens made comments such as:

That video is incredibly sad, but true.

Technology is creating a culture of inauthenticity.

Most of us lack depth in our relationships and don’t feel like we have safe outlets to share our feelings. So we really appreciate your mission and we “get it.”

Later that afternoon, the adult leader of the group shared about how meaningful the morning was for her and her students. She shared a quote by author Kurt Vonnegut: “What should young people do with their lives today? Many things, obviously. But the most daring thing is to create stable communities in which the terrible disease of loneliness can be cured.”