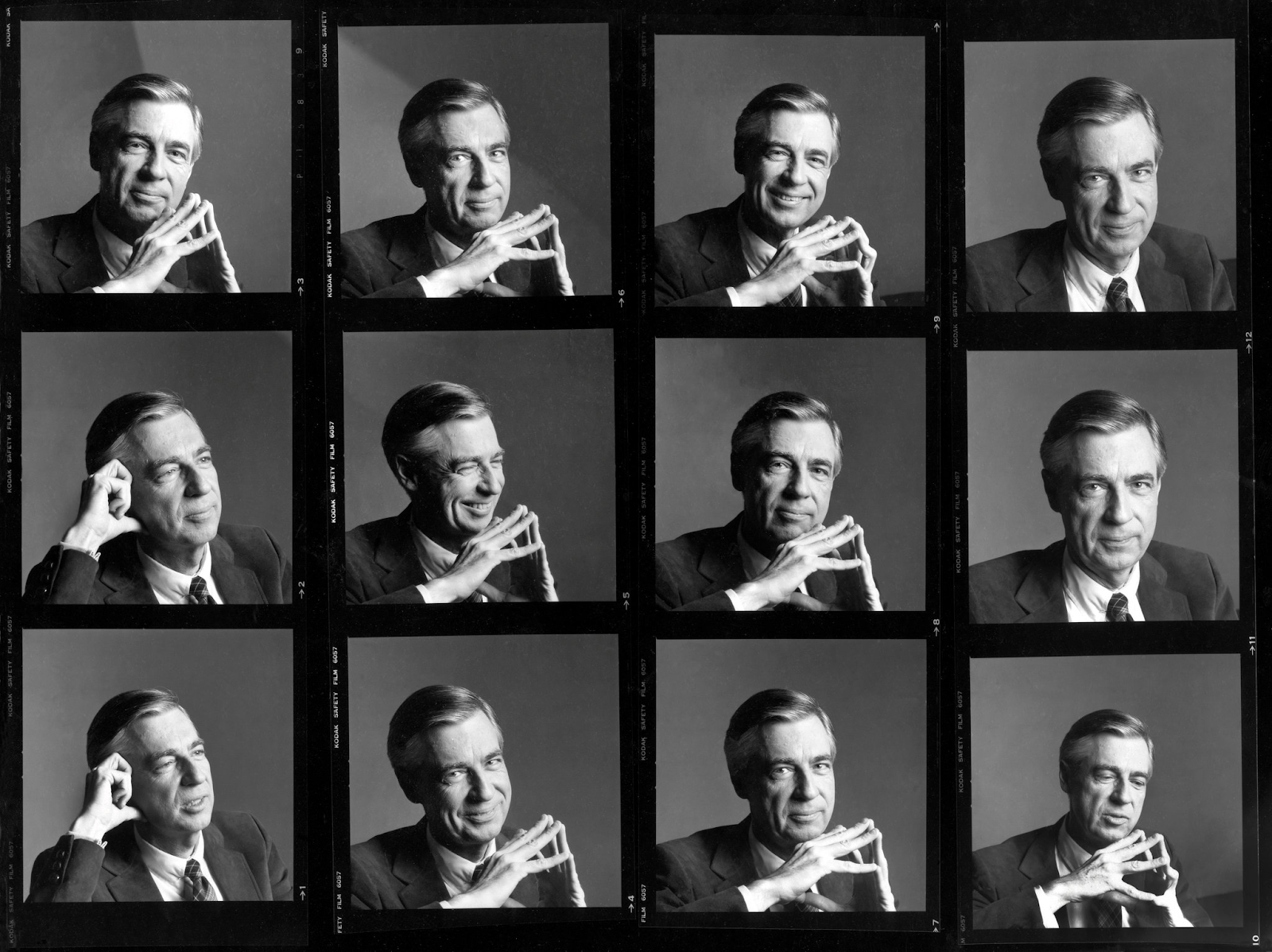 That was Fred Rogers’ favorite quote.  It was framed and hung on a wall in his office.  “What is essential is invisible to the eyes,” from Saint-Exupéry’s The Little Prince. “It’s not the honors and the prizes and the fancy outsides of life which ultimately nourish our souls,” he once said, expounding on the idea in a speech. “It’s the knowing that we can be trusted, that we never have to fear the truth, that the bedrock of our very being is good stuff. … What is essential about you that is invisible to the eyes?”

We were reminded about the quote this week in an article by Jeanne Marie Laskas – “The Mister Rogers No One Saw” – in the New York Times Magazine.  We’re always eager to learn more about this remarkable man.   As the feature length movie A Beautiful Day in the Neighborhood opens today in theaters across the United States, following the unprecedented documentary success of 2018’s award-winning, Won’t You Be My Neighbor?, we thought it would be a good day to write this.

What is invisible to the eyes.

In this world of darkness and pain, where life often seems cheap and goodness elusive, we still believe, as Fred Rogers did, that there is more light and goodness around than we can ever see.  It’s not just around us. We believe it’s within us too. We were created with goodness, each of us, to be a gift to this world.

But too often we don’t recognize the gifts that each of us are.

Fred Rogers would often say, “I think the greatest gift you can ever give is an honest receiving of what a person has to offer.”

What he was trying to create with Mister Rogers’ Neighborhood was “an atmosphere that allows people to be comfortable enough to be who they are.”   Fred paid attention to those who the world considers the “least of these” and to those who have been marginalized.

Fred often felt marginalized as a child.  He was bullied. Called Fat Freddie!  He was sickly – with rheumatic fever and asthma.  He was not allowed to play outside by himself. He felt isolated and alone.  His world was very small. But his grandfather, Fred Brooks McFeely told him one day after being together, ‘You know, you made this day a really special day.  Just by being yourself. There’s only one person in the world like you. And I happen to like you just the way you are.’

“Well, talk about good stuff,” Fred would say. “That just went right into my heart.  And it never budged. And I’ve been able to pass that on. And that’s a wonderful legacy. “

Jeanne Marie Laskas wrote about the atmosphere that existed in the Mr. Rogers’ Neighborhood studio.  Fred was intentional about the atmosphere he created on the program as well as on the set.  If you could provide an environment that allowed people to be comfortable enough to be, simply, who they are, what would happen?  Who would they become he wondered?

Fred’s philosophy was ‘accept yourself’, ‘accept others’.

He saw a gap between what is and what might be.  For Fred, there was a basic urge to constantly make life better.  And he started with children.

“I think that how we were first loved — or not — has a great deal to do with what we create and how,” Fred had said.

In one of his speeches, he declared:

There are those of us who have been deprived of human confidence. Those who have not been able to develop the conviction that they have anything of value within. Their gap is rather a chasm. And they most often despair of creating any bridges to the land of what might be. They were not accepted as little children. … They were never truly loved by any important human… And so it seems to me that the most essential element in the development of any creation, any art or science, must be love. A love that begins with the simple expressions of care for a little child.

Over the past few days, we explored what can happen when we do not feel valued, accepted for who we are, loved unconditionally, fully.

In Joker, Arthur Fleck never knew he was valued, accepted, loved.  He could never escape that pain. He knew no other story. His was a dark and despondent life.

Fred Rogers’ reaction to the isolation and “different-ness” he felt as a child resulted in his dedicating his life’s work to children – faithfully, relentlessly telling them that they matter, that they are all uniquely created and gifted.  Fred believed that we all long to know that there’s a “graciousness at the heart of creation.” He wanted every child – and every adult – to know such graciousness too.

Our friend, who was a master at teaching math, did the same thing for his students.  He respected them and valued them. He nurtured them and honored them and through his love of teaching he showed them who and what they could be.  He loved them. In spite of – and maybe because of – his own isolation he understood what it can mean to train up a child in the way she, he, or they should go.

“L’essentiel est Invisible pour les Yeux.”  “What is essential is invisible to the eyes,”

The essential inside us, that glimmer of graciousness invisible to the eye, is a power to redeem and to restore stronger than any other power on earth.  Oh, when we can recognize that power and embrace it, when that knowledge can be our foundation, who knows what goodness can happen through us and for us?