A Legacy of Listening, Authenticity, (and Friendship) … 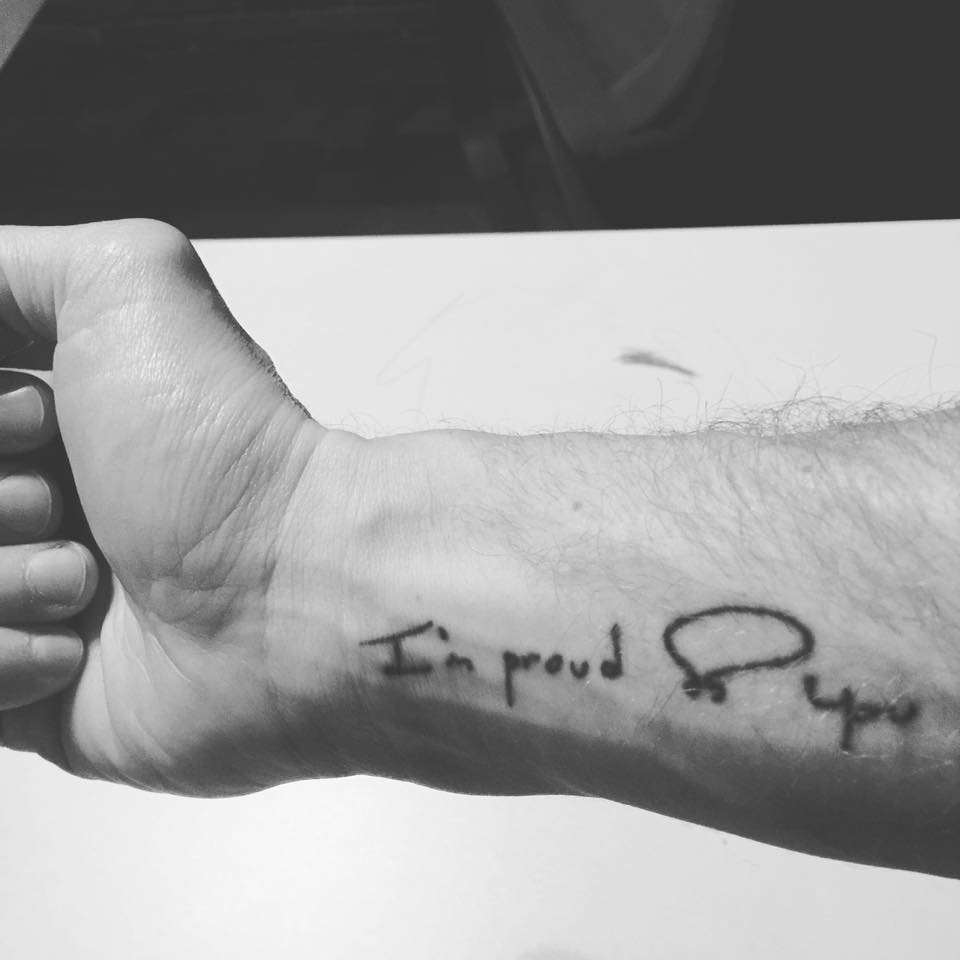 “In times of stress, the best thing we can do for each other is to listen with our ears and our hearts and to be assured that our questions are just as important as our answers.” Fred Rogers

When Someone To Tell It To was started, we (co-founders Michael Gingerich and Tom Kaden) had already begun a tradition of always reading a book together. The dialogues we have entered into about each of those books have always been deep and instructive.

The first book we read was by a journalist and author who has since become a dear and special friend. It was Tim Madigan’s book, I’m Proud of You: My Friendship with Fred Rogers. We found the personal relationship between Tim and the iconic Mr. Rogers to mirror in many ways the relationship between us. We saw our own friendship in the loving, vulnerable, and supportive nature of their friendship portrayed in Tim’s story.

This book was foundational for our work with Someone To Tell It To and for the kinds of relationships we try to help others find in their own lives.

Today is the 50th anniversary of Mr. Rogers’ Neighborhood, the iconic and beloved PBS children’s program. It was the start of a more than 30-year TV original series that gently, compassionately, and consistently reminded children (of all ages, actually) that we are of sacred and inherent worth, that we are wonderfully and uniquely made, and that at the same time we are so much more alike than we can possibly know. Mr. Rogers’ Neighborhood and Fred Rogers the man were one in the same. Fred was truly the same caring, affirming man in person that he was on his show. His genuineness and genialness always shone through. Those qualities still shine through in the re-runs, books, documentaries, accounts and stories about Fred Rogers today.

Fred Rogers made it an enduring habit to remind Tim Madigan that he was proud of him with every visit, phone call, letter, or message that they exchanged. We, as often as we can, do the same thing too. “I’m proud of you” or “IPOY” is said or written by each of us to one another more times than we can number. In fact, both of us have matching tattoos with Fred’s handwriting and the words “I’m proud of you”. We also consistently remind those to whom we listen and support that we are proud of them too – for reaching out, for opening up, for trying to form deeper connections in their lives. Like Mr. Rogers, we want everyone to know that they are of sacred worth, wonderfully created, and need not be alone in this challenging and often complicated world. Because of Fred’s example, we feel we can ask, and need to ask, often times unanswerable questions, and do so in the presence of others’ who will listen without judgment.

Fred guided Tim through periods of life-threatening depression, the gut-wrenching death of Tim’s brother, and helped Tim heal his strained relationship with his father. It’s been written that I’m Proud of You chronicles male friendship at its finest and most powerful.

Fred Rogers once said, “We live in a world in which we need to share responsibility. It’s easy to say, “It’s not my child, not my community, not my world, not my problem. Then there are those who see the need and respond. I consider those people my heroes.’

He believed deeply that other people’s problems were also, on some level, his problems. He was careful to take the time to meet with as many people as possible; to remind them that someone else cared about their unique situations and that someone wanted to listen.

One of Tim’s favorite lines from his dear friend was this one: “Anything that’s human is mentionable, and anything that is mentionable can be more manageable. When we can talk about our feelings, they become less overwhelming, less upsetting, and less scary. The people we trust with that important talk can help us know that we are not alone.” Not only did Fred preach the message, he was the message personified. His life was his message.

So today, we celebrate and remember the gifted man and beautiful spirit of Fred Rogers. We honor the television classic he created and nurtured beginning on this day half a century ago. We are profoundly grateful for his legacy of kindness, respect, and unconditional love. What a treasure to the world he was – and still is today.

He is an inspiration. He is a model. He is a mentor, the kind of friends we always want to be to each other, and to all those in our lives whom we meet and know each day.

Both of us want to truly know others and be truly known by them. We want to have deep relationships of authenticity.

Fred Rogers looked right through the lens of a TV camera and seemed to peer intently, directly, into the eyes of young children and connected with them in a special, comforting way. In one interview he explained, “Every one of us longs to be in touch with honesty. … I think we’re really attracted to people who will share some of their real self with us.”

Mr. Rogers shared his real self. He was all about encouragement and support, about reassuring and helping children to know they are valued and loved.

Because of the inspiration of Fred Rogers and our friend Tim Madigan, we try to model that same kind of encouragement and support, reassurance and love to those whom we serve through Someone To Tell It To and to everyone else in our lives. We know it needs to start with our relationship. Thanks to those two, we have been taught to not hold our feelings hostage, but to let them free with people who are faithful and trustworthy.

Countless times we have been very vulnerable with one another, sharing fears and insecurities and nightmare scenarios we feared might come true. There have been moments of incredible self-doubt and anger and ugly frustration. There have been times of grief and pain and reactions to situations that have not always been pretty to see. But we have allowed our humanness to be revealed and to be committed to loving – and even more so, liking, one another – anyway. It is what every relationship needs. We work tirelessly at it to help others see how it can be done.

When both my parents died rather suddenly and unexpectedly within five months of one another, Tom listened to what I (Michael) was experiencing and allowed me to process the raw, sometimes angry, and resentful feelings I’ve had about the circumstances. He’s listened to me share the stories of what it’s been like and given me permission to not have it all together. He’s encouraged me to write about what goes through my mind and has never shamed me for admitting that I don’t always feel strong and self-assured and comfortable about my own path to aging and the inevitability of death.

When Someone To Tell It To was threatened with closing because of financial instability, Michael didn’t shame me (Tom) when the tears streamed down my face as we drove together from the meeting where we’d learned this distressing – to say the least – news. He allowed me to express in the most human of terms my utter discomfort and feelings of defeat and failure at the prospect of closing. He’s continued to allow me to share all of my feelings about working so hard to give birth to a viable, sustainable mission that grows and ultimately changes the world to a more gentle, compassionate place.

The spirit and example of Fred Rogers has inspired us to this and so much more. Someone To Tell It To is a tangible result of his life and work.

“When I was a boy I used to think that STRONG meant big muscles, great physical power; but the longer I live, the more I realize strength has much more to do with what is NOT seen. Real strength has to do with helping others.”