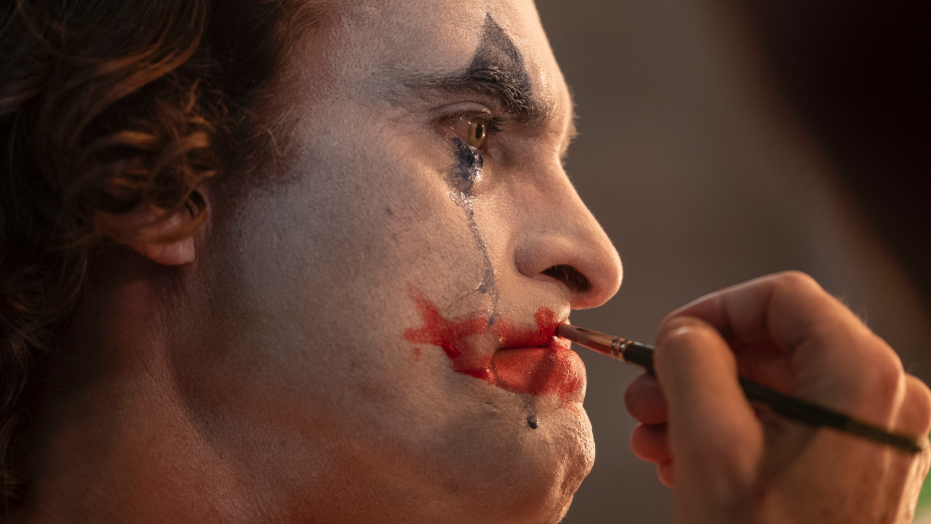 A huge part of each of us didn’t want to go.  We’d read about the violence, the darkness, the depravity.  It was the violence, especially, that gave us pause. Besides, it had an abundance of clowns in it and clowns are also one of our least favorite forms of entertainment.

So we thought, despite our aversion to the violence, we needed to go.  We needed to see. We needed to comment. After all, social disconnection – and its accompanying loneliness – is what we work to alleviate every single day.  It is imperative that we understand everything we can about it and its causes.

With the reinforcement of a valued friend who was just as reluctant as we were, the three of us went to see Joker.  We all agree that we are glad we did.

Somehow, the fact that on a Friday afternoon at 2:15, we were three of six people in the theater, only enhanced the feelings of isolation and loneliness the movie was meant to convey.

Social isolation is not a joke.

Social isolation is real. It is pervasive. It has reached epidemic proportions.

Americans have fewer confidants these days. The average number of people that Americans say they can talk to about important things declined in the past 30 years.

Those who live alone have a 32 percent increased risk of death, and those who are socially isolated have a 29 percent increased risk of death (theonversation.com).  More and more research suggests social isolation and separation is bad for us. Individuals with less social connection have disrupted sleep patterns, altered immune systems, more inflammation and higher levels of stress hormones.  Isolation increases the risk of heart disease by 29 percent and stroke by 32 percent (heart.bmj.com).

We need one another.  We need to be connected.  We need laughter and relationships of meaning and significance and love.  Without them, we fail to thrive.

Without them, we can descend into the depths of doubt and despair and defeat, and tragically sometimes, into irreversible depths of depression, devastation, destruction.

Joker explores the backstory of how and why the Joker of Batman fame came to be the malevolent person he is known to be.  Darkness defines it. Disturbing actions and attitudes run throughout it.  The Joker is a depraved man, molded by his past and compelled by his present to exact senseless revenge and score-settling on those he perceives to have hurt him in any way.  His isolation and disconnection are shown in his cavalier, amoral attitudes about exacting his revenge and settling his scores. The movie’s images and violence don’t easily go away in our minds.

While the violence is controversial, others have stated (and we agree) that the real horror isn’t the violence, but the reasoning behind its occurrence – how the person of Arthur Fleck became the Joker through a lifetime of isolation and being dismissed.

The German philosopher Friedrich Wilhelm Nietzsche is famous for stating, “Whoever fights with monsters should see to it that he does not become a monster in the process. And when you gaze long into an abyss, the abyss also gazes into you.”

Arthur Fleck fought with monsters and became a monster in the process, tragically.  The abyss bore into him and he could never shake it. Too many others cannot, as well.

Arthur Fleck descended into mental illness through his isolation.  He could never escape, sadly, the continual bullying and abuse that marked his entire life.  We’ve all been bullied and hurt by others. But some of us, like Arthur, are never able to rise above the damage that has been done.  And with mental illness, one of the worst parts is how much it isolates us even more. When others expect you to behave as if you don’t have an illness, when they are uncomfortable with you because of your illness, you feel and are isolated more than ever.  19.1% of U.S. adults experienced mental illness in 2018 (47.6 million people). This represents 1 in 5 adults.  *See more poignant statistics here.

Arthur Fleck attempted to mask his pain and sorrow and illness with medicine and smiles and his clown makeup.  The need to love and be loved is powerfully human. The film’s portrayal of a world wildly disconnected by income disparity, disregard for others’ circumstances, and a lack of compassion and empathy, is vivid.  So, it’s fitting, as one commentator noted, that in the penultimate scene when the Joker stands atop the stage of a police car hood and looks out over his admirers — men in clown masks — he sees himself looking back.  Too many in the world are hiding behind masks, alone, afraid, angry.

How can we as beings who need social connection – who need love – help one another to find to feel love and to be love in return?

What responsibility do we all bear for the isolation that our society perpetuates?  How can we who may have found a way that is better, one beyond the bullying and isolation – one in which light instead of darkness, hope and not despair guide us – help those who have not?

As the internet, cell phones, and social media have connected us so well technologically, how many of us still don’t experience the joy of relationships, of love, or respect?  When these gifts never come, when supportive relationships and love and respect are non-existent, what is their absence doing to us?  Who do we become when isolation is our daily companion?

Joker is a stark reminder of the darkness that can metastasize within the souls and minds of those who are dismissed among us–and it’s not a joke.