I Caught a Glimpse 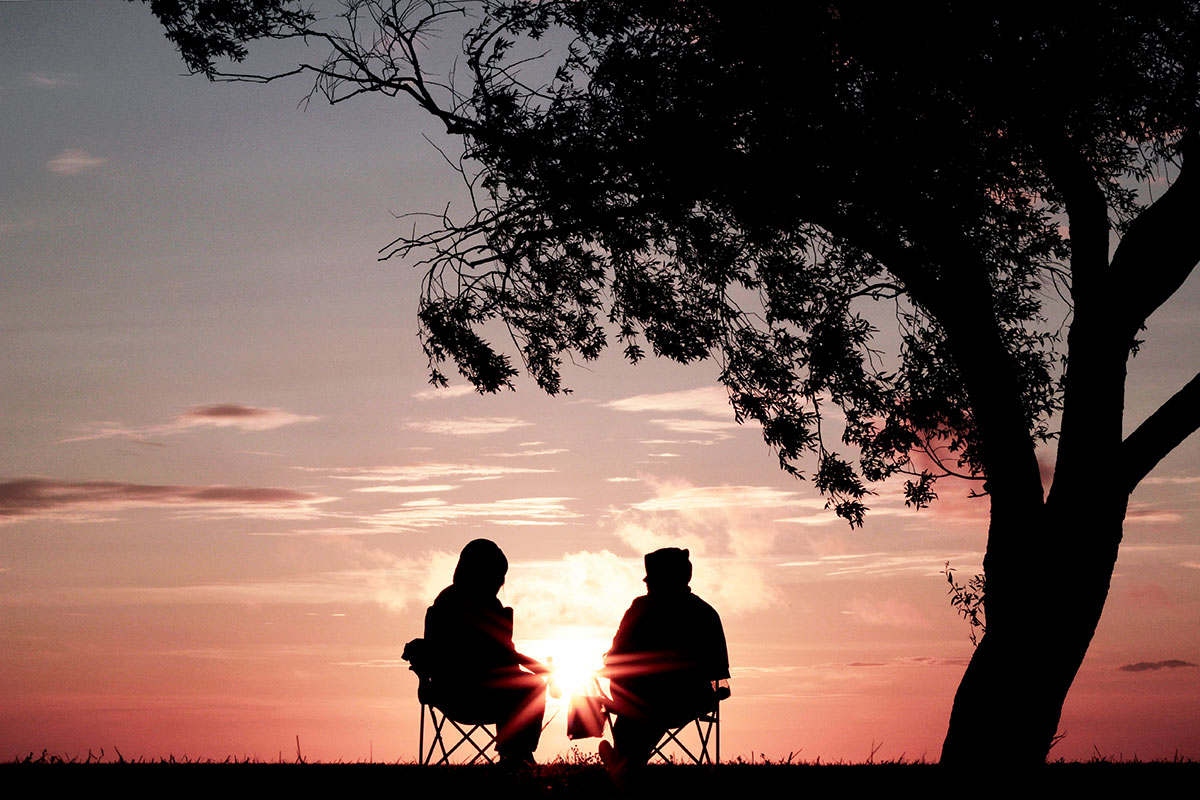 Guest post by Deb Steransky
Muncy, Pennsylvania
Someone To Tell It To Compassionate Listener and Trainer

My family and I have been camping during the hottest — and usually stormiest — part of the summer in Gettysburg, Pennsylvania for the last 15 or so years. We go the week leading up to the anniversary of the battle because the friends we camp with are living historians who participate in the reenactment that is held there each year.

I became interested in the American Civil War and, more specifically, the Gettysburg Campaign when I had to learn enough about it to teach it to 10-year-olds. I also became hugely passionate about telling the stories of the individuals who fought and the ones they left behind. My husband and I have never been interested in donning the wool to become a soldier or the layers and layers of fabric required to participate as a woman in the reenactment, but I love to hear the stories about the personalities my friends portray. Some are even direct descendants of the very people they’re representing (which is very cool, in my opinion). They are enthusiastic about what they do and they are good at it.

However, since the 150th anniversary of the battle, interest in the Civil War has dropped off. Even my campmates are less passionate, perhaps because they are saddened that the audience they were always so eager to educate has dwindled each year. And to be perfectly honest, my interests have moved to other things as well. Rather than wandering around on the battlefield like I used to, I now tend to spend more time hiking and fishing when I’m there.

But I still go so that I can visit with these friends whom I don’t see any other time. We spend our morning coffee time catching up, and later we tell stories around the campfire about funny things that have happened over the years (like the time one of us — definitely not me — got caught between her bed and the wall in her camper and couldn’t get out).

Lately though, conversations have become increasingly political and loud. My leanings are quite different from theirs. And my dear friends? Let’s just leave it at that; they are fond of a number of things I am not. I honestly and prayerfully considered not going at all this year, especially with it being an election year. I expected it was going to be difficult to maintain a level head.

But I realized that, after all I’ve learned about listening, I need to actually hear the other side of the coin. I can’t be part of the solution to this powder keg if I refuse to listen to an opposing view. So, I was ready. My self-talk went something like this: “I promise I will listen. I care deeply about these people, even if they drive me crazy sometimes. And that’s okay. Just keep your lips zipped and try to understand.” I repeated it to myself many times.

Happily, but for a couple of moments when the subject of Black Lives Matter came up, everyone seemed to save their griping for when I wasn’t around — except for one guy. We’ll call him Smitty. Smitty is a white, middle-aged skilled worker. Our daughters grew up together, and Smitty and his wife actually introduced us to our other campmates.

Now, Smitty literally wears his political views on every t-shirt. I have never seen him in a plain t-shirt. You know where he stands without ever having to talk to him. He decorated his truck and toolbox with emblems and symbols that can be seen as controversial, and sometimes inflammatory. His Facebook page is filled with memes that make me cringe (I “unfollowed” him a long time ago). Conversations between us are rarely comfortable, and they are conversations in which I am almost always an unwilling participant. He was the principal reason that I really wasn’t looking forward to going this year.

When he moseyed over to my picnic table that first morning, I braced myself with my practiced self-talk and promised to keep my mouth quiet and just listen. But instead of diving right into politics as I expected, he started to talk about his adult children.

I’ve long suspected that something wasn’t quite right in what appeared to be a happy and supportive family. He confirmed my suspicions that morning. He shared that neither of their children spend much time with him and his wife. They have three grandchildren and one is on the way. According to Smitty and his wife, they rarely see the kids even when making special trips to visit their son’s family, who lives four hours away. Their daughter lives closer, but rarely invites her parents to visit. Of course, I can’t be sure how much of this is true, but whether any of it is true or false is beyond the point. That’s how he sees it. And it hurts.

He recounted stories of things his kids have said to him in anger when they were teenagers and young adults, and things they’ve done that excluded him and his wife. Especially painful was not being invited to his own son’s wedding. Even though his son has apologized for that, Smitty can not seem to put the past in the past. Neither of them has let go of the hurt and they are both bitter.

Throughout the week that we camped together, I learned more about Smitty’s story. In addition to the strained relationship with his children, he lost his job at a local manufacturing plant three years ago. He had been there for a long while, but he had multiple health problems and accidents that kept him from work for long periods of time. Migraines also dog him on an almost weekly basis and that would cause him to arrive late quite often. After a while, I believe the company probably had enough, but who knows? It also could have stemmed from his refusal to remove the inflammatory emblems on his toolboxes. He’s managed to find another job, but he believes that he isn’t appreciated and suspects his boss is sabotaging him so that he will eventually get fired again.

Throughout all of these conversations, Smitty would sprinkle in a comment or more about how deprived he is as a white man. In my mind, I shook my head in disbelief, wanting to explain how that was so self-serving — but I didn’t. I held my tongue and listened instead. He told me about a black man who had committed an act of what can only be considered sexual harassment and, though the man was given two weeks off, he didn’t lose his job. I had to admit that I considered that unfair. He had other stories to tell. Most were one-sided and lacking facts, yet in all but one instance, I waited to hear it all before I began asking questions, usually posing, “I wonder if…” To my surprise, more often than I could have imagined, we were able to agree on many points. Chiefly, we agreed that people should be gauged individually based on what’s in their hearts.

I won’t tell you that Smitty changed. He certainly didn’t. I doubt whether he will ever be able to see American society from a broader point of view and recognize systemic racism. He will always see himself as a victim of bad luck, unfortunate birth, and misunderstanding. Offenses that hurt him in the past will never be forgotten nor forgiven, and he will never concede that many of those bad breaks were caused by his own action or inaction.

No, the person who changed was me. I changed. By heeding my own self-talk, zipping my lips, and listening to him with my heart and not my passion, I was able to recognize how much he hurts. I no longer saw only the portrait of a racist or, at the very least, a prejudiced individual who spouts slogans he finds on T-shirts and Facebook. Instead I caught a glimpse of a fellow traveler who is in pain and simply needs someone to listen.