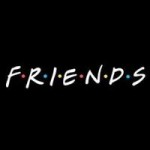 “Don’t judge a book by its cover when you don’t understand what that person’s been through.” –Corrie Louise Rose

Isn’t that true for all of us? If others really knew who we were on the inside, knowing our true vulnerabilities, our insecurities, our wounds, our pains, they couldn’t help but have empathy for us.

Shortly after Christmas one year, we had a meeting scheduled with a prosperous businessman. We met him in his office and assumed the meeting would be a short one and that we would stick to “business.” We prepared our discussion points about the mission of Someone To Tell It To and how his business could support us and help the mission grow. By every outward appearance he is a success. Athletic. Articulate. Able. He is intelligent and well-versed in his field. His office is decorated comfortably and his clientele is impressive. When you look at him, it is easy to believe he has it all together.

Except that he doesn’t.

Our meeting started off smoothly. He asked how we were doing and how the non-profit had been progressing since our last meeting. We asked him how he was doing, how the holidays were and how his business is running. We expected short and positive answers before moving onto “business” matters. But, the conversation took an unexpected turn. We could sense something was going on below his polished surface.

We learned that the holidays weren’t so good for him. We asked why.

“What in particular made them so hard? What happened? Did someone say something to hurt you?”

He opened up. A particular comment from a friend triggered an intense, emotional reaction in him and clouded the holiday season. In fact, the reaction debilitated him. It dredged up long-buried memories and deeply powerful feelings. Those feelings upset him, frightened him and filled him with uneasiness. They forced him to face issues from his childhood that he preferred not to face. They compelled him to give voice to experiences that he had preferred not to remember.

But it was too late. His memory was opened and there was no turning back. Now that it had all come to the surface it couldn’t be ignored. It had to be reconciled. And if it wasn’t? Well, he would agonize even more.

We asked if he would like to talk about it. He was willing.

He told us that as past traumas were dredged up, and made painfully raw, his life nearly came to a standstill during the holidays. He said he was living a quiet, private hell—one he’d been carrying for a lifetime. But from the outside, no one knew.

Listening to him reminded us that we cannot really know what someone else is living through, especially if we never take the right moment, or the time to ask deeper questions and listen to the answers. Without investing intentionally in someone else’s life, we won’t see or hear or experience the true essence of who they are. Without being interested in all of it—the joys, the sorrows, the blessings and the burdens—we will never truly know who they truly are. Yet, when we enter in, take the time, and make the investment in another’s story, we grow more sensitive, supportive and encouraging, which is what all of us need from one another.

We set aside business for a short time that day and relationships were deepened. And, we saw a glimmer of healing as more important business was addressed.

Although we can’t know what is in other people’s minds unless they tell us, we can show we care by asking them. Following one of our annual fundraising banquets one of our close friends sent us an email.

I promised to send you something about what I was thinking at the restaurant. So here goes:

I cannot enter the back room of that restaurant without thinking of my late friend Fred. He was my best friend. We had known each other since grade school. Our parents were best friends since they were in school together. I had lunch with him once a week for thirty years. He was a member of my wedding party and I was best man at his wedding. His rehearsal dinner was in that dining room.

So when the speaker started talking about someone masking their true feelings and problems, and the need to remove that mask so that healing could begin, I was reminded of Fred, who never let his mask slip until it was too late, and he had killed himself.

Actually my brother-in-law, another of Fred’s close friends, told me he also thought of Fred at that moment. It will always be a source of sadness and regret for all of us who knew him that there was something within Fred that he kept so carefully hidden until it took his life. Would we have been able to help him if he had let us in by letting us see behind his mask? I don’t know; we will never know, because he never let on that anything was wrong.

The business of truly knowing one another, means being willing to open up the cover that leads to a richer story, to a compelling narrative that we all need to share. It strengthens the bonds between us and enables us to become a greater part of a supportive community.

The New York Times columnist David Brooks in a commentary entitled, “There are Social and Political Benefits to Having Friends,” writes:

You can go without marriage, or justice, or honor, but friendship is indispensable to life. Each friendship … has positive social effects. Lovers face each other, but friends stand side-by-side, facing the world — often working on its behalf … friendship is a personal relationship that has radiating social and political benefits.

In the first place, friendship helps people make better judgments. So much of deep friendship is thinking through problems together: what job to take; whom to marry. Friendship allows you to see your own life but with a second sympathetic self.

Second, friends usually bring out better versions of each other. People feel unguarded and fluid with their close friends. If you’re hanging around with a friend, smarter and funnier thoughts tend to come burbling out.

Finally, people behave better if they know their friends are observing. Friendship is based, in part, on common tastes and interests, but it is also based on mutual admiration and reciprocity. People tend to want to live up to their friends’ high regard. People don’t have close friendships in any hope of selfish gain, but simply for the pleasure itself of feeling known and respected.

It’s also true that friendship is not in great shape in America today. In 1985, people tended to have about three really close friends, according to the General Social Survey. By 2004, according to research done at Duke University and the University of Arizona, they were reporting they had only two close confidants. The number of people who say they have no close confidants at all has tripled over that time.

Here is a challenge for all of us. What if, when spending time with friends, or sitting around the table at our various groups, clubs, and church groups, we started intentionally asking questions that would foster greater depth and intimacy in our relationships?

What is one area of your life where you struggle to trust?

When are you most proud of yourself?

When did you feel loved today?

When do you feel lonely, most appreciated, noticed?

What is one thing from your childhood—joyful or painful—that has helped to make you the person you are today?

How does your faith help you when you’re feeling afraid?

Where do you struggle to see God’s activity in your life?

When do you feel the freest?

What brings you the most joy?