Easter Terror (Running Away From “Home”) 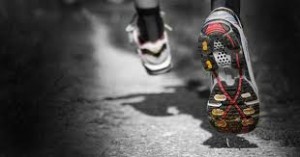 Easter Sunday 1994. It was a great day! The morning church services went well on our first Easter in Hershey. Both of our families were here to celebrate the holiday, and my wife, Kathy, my two sons, Adam and David, and I were leaving the next morning for a 12-day trip to Honolulu and San Francisco. We planned to visit family members in both cities. The trip was a going away gift to Kathy and me from the congregation of our previous parish. For the nine months since leaving that parish we had saved enough money to take our two older boys along. They had never flown before or had been on a trip anywhere near the magnitude of the one coming up. We were all excited to go.

Kathy’s mother had arrived; she was staying with Matthew while we were away. My parents were also going to help on several of the days. We knew he was in loving, capable hands and we felt comfortable going. During most of the daytime hours Matthew would be in school and at age six he wasn’t too heavy to lift or unmanageable. We had no fears about leaving him in their care. But we felt some major guilt about leaving him behind.

Yet we knew he couldn’t stand such a long flight and certainly would not appreciate the special nature of the trip. We needed and wanted to do something significant with, and for, Adam and David, without the burdens and restraints Matthew would necessarily impose. There were so many things we were not able to do as a family, with Matthew, and this was a wonderful opportunity for us.

On the evening before we were scheduled to leave, Kathy settled down to talk with her mother, who would be Matthew’s caregiver for the first part of our trip. I needed to see someone in the hospital, just five minutes away so I went while they discussed the details of what Matthew would need over the next 12 days.

When I returned about 45 minutes later, I came home to an empty house. The lights were on and the doors stood unlocked and open. It was odd. I quickly called out names as I searched through every room, looking for any indication of where they went. Outside I looked up and down the street. Our cars were still parked there. It was eerie; I knew something was wrong.

A moment later I saw Kathy, with an anguished expression on her face, running down the sidewalk toward me.

“Mom and I were going over instructions and schedules, and suddenly we noticed it was strangely quiet on the front porch where Matthew had been sitting. When we didn’t hear him we looked for him but he wasn’t there! The gate was open. We think he scooted down the steps and out the gate.”

I felt as if all the color in my life instantly drained from me. Everything seemed black and white. The world moved in slow motion, certainly not fast enough to find Matthew. My stomach sank in an instant and it wouldn’t stop its descent.

“Where is everybody else?” I pleaded, hoping desperately that Adam or David or Kathy’s mother were searching for him, had already found him and was bringing him safely back home.

“The boys and Mom are out looking for him too.”

“How long ago did this happen?”

We could hear the sounds of traffic flying by on the town’s main street, just one block to the north. Horns were blowing. Darkness was only a half hour away. My thoughts jumped ahead to nightfall and Matthew alone and afraid. My mind conjured horrific outcomes, which devastated me.

As we stood there, in the middle of the street, feeling the worst terror of our lives, a neighbor, a kind older woman from across the street, came out of her house.

“Would you be looking for your little boy?” she asked. Our hearts beat faster.

“Yes! Have you seen him?” was our frantic reply.

“Well, maybe I did. A little while ago I saw a little boy sitting in the intersection down at the corner. But there was an older girl with him and she seemed to be trying to get him out of the middle of the street. I know that you don’t have any girls, so I didn’t think of you right away. While she tried, a van came by and the people in it got out and picked up the little boy and drove away. I couldn’t see who the child was and I didn’t recognize the people in the van. I’m sorry I can’t be of any more help. But when I saw you out here looking so worried and running up the street, I realized that he might be your little son.”

All at once, hope and additional distressing thoughts collided in our minds. The possibility that Matthew was sitting in the middle of an intersection was awful enough. To know that he might have been picked up before he got struck by a car was wonderful. Yet, to hear that a van of strangers came by and picked him up and took him God knows where prompted me to consider that we may be the next family featured on a TV child kidnapping/murder melodrama that has ever been broadcast. My emotions were as intense and searing as I had ever felt.

It was as if my worst nightmares were coming true at that horrific moment. Questions shot through my mind. How did he get out? Where was he trying to go? How could this happen? Why was the gate open?

It was all so utterly unbelievable. I couldn’t believe that he was sitting in the middle of a busy intersection. I blanched at the thought that a car could have hit him. I wondered who picked him up. The possibilities of where they were taking him began stabbing my mind. What were they doing with him or to him right now?

I felt a rush of terror and fear as my imagination began to run away from rationality. But I couldn’t let it run too far. The possibilities were far too horrific to be allowed to settle in my brain. We couldn’t stand frozen in hopelessness and helplessness for one moment more.

Quickly, Kathy ran into the house and called the police. It’s amazing how adrenaline works. In her, she becomes laser-focused, calm, and purposeful. She asked if a little boy had been brought in recently, a boy who couldn’t talk and who had severe developmental disabilities. It was our only hope: perhaps the people in the van were well-intentioned, not kidnappers, not malevolent, but rather people who saw a child in danger and took him to safety with the police. I silently and fervently prayed to God that they had, that he was there, and that he was okay.

To our profound relief, that is exactly what happened. A young boy who fit Matthew’s description had been brought in about a half hour earlier.

He had no identification and he couldn’t speak. They waited for someone to miss him and call the station looking for him.

Kathy and I raced to the station, which was only a few blocks away. Matthew was there, safe, secure, and completely oblivious to his predicament and our distress.

When we saw him, he turned his head away, showing absolutely no sign of recognition or interest in us being there! In that moment, there was virtually no way to prove that he was ours. In our haste, we left without photos (it was a time before cell phones) or anything else that could prove his identity. But when the police saw our faces, our eyes, and our expressions of joy and relief, they had no doubts that he was part of our family.

When I reflect on that Easter evening, I know that I saw the resurrection. Death and despair were in our midst, but so were new life and redemption. Neither Kathy nor I have experienced a more horrific evening than that one with Matthew. Never were our emotions surrounding him more intense and strong. Never were we more frightened and afraid.

After Matthew was home and safely in bed, we debated the propriety of going on our trip. Would we be bad parents to nearly lose our child one day, then travel 6,000 miles without him to some paradise the next? The guilt we felt was significant. We discussed it intently, intensely. But we felt we needed the journey and the respite. This incident highlighted how stressful it is to live with a child with severe disabilities.

We went. We had a wonderful time. Yet the poignancy of leaving was palpable.

Since that time, our home has become much more of a fortress. There are deadbolts and fences and gates and extra security. Every time we go outside we take precautions that have become second nature to us. We listen and look for Matthew on an ever-vigilant basis. It never ends. Our vigilance, by necessity, evolves as he grows and learns and discovers new ways to escape.

We never want what happened that day to happen again. We can’t let our guard down for even one minute. We still don’t know how he got out of our yard. He had never attempted anything like it before, but he has tried on several occasions since. So, we keep on fortifying and we keep on listening and we keep on watching. Relaxing is too big a price to pay.

I once used the story of that Easter terror in a sermon I preached. While I shared the experience with the congregation, I held Matthew in my arms. I related how his “running away” from the protective, safe environment of home is often similar to how we run from the protective, safe arms of God. While Matthew was determined to wander away from the nurturing, caring, watch of his family, with no awareness of the danger that lies in front of him, we sometimes seem determined to venture away from the nurturing, caring watch of God.

Matthew reminds all of us of what could happen when we stray from the care of those who love us, as well as from the God who loves us. We often seem unaware of the trouble our independence can pour upon us. In that sermon I likened the kind soul who picked Matthew up and delivered him to the safety of the police to the compassion and concern of Jesus Christ, who picked humanity up and carried us with his love. I know and believe in a God who never wants us to be lost, but instead wants us to be found, who never wants us to sit in danger, but instead wants us to be picked up and then delivered safely back home where we are loved and valued.

Compassion is like that. Compassionate living is having concern for one another’s safety, one another’s well being. It is holding one another in our figurative (and sometimes literal) arms, to help bring us back to where we need to be, again.

So that we aren’t lost and alone anymore.