Communication is Key: Forgiveness is essential! 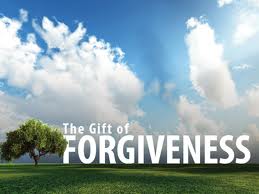 “The weak can never forgive.  Forgiveness is the attribute of the strong.”
~Ghandi
So many of us look at forgiveness as a sign of weakness; we think forgiveness means to give in, to excuse, to let off the hook, to submit to someone.  In many ways our society models this way of thinking.  Whenever we have talked or spoken about forgiveness to groups of people, inevitably someone will come up to us afterwards and challenge us on the topic.  They will say things such as: “You don’t understand what I’m going through.   You don’t know how much they have hurt me.   You don’t know what they did.  Forgiveness is a nice idea but it doesn’t work and it isn’t as easy as you say it is.  Doesn’t forgiveness mean that you agree with what they have done?”
We agree that forgiveness is hard.  But it is a lot harder to hold on to bitterness, anger, resentment, and disappointment than it is to let go.  Ultimately, when we forgive we are freeing ourselves up so we no longer have to carry the burden any longer.  Failing to forgive places heavy burdens on our hearts and our lives—burdens that we really don’t need to carry.  When we allow bitterness, anger, resentment, disappointment to fester we are allowing the one who hurt us to continue inflicting pain.  Forgiveness says: ‘We aren’t going to allow that to happen any longer’.
A great example of true forgiveness happened nearly six years ago in Lancaster, PA.  A man walked into a one room Amish school killing five innocent school girls and himself in a horrific act of rage and hatred.  Immediately after this traumatic event, the Amish community rallied together to announce their forgiveness for the gunman and his family.  They went to his wife and family to express their sympathy.  And not only that they went above and beyond by helping her raise money for his funeral as well as her families living expenses.
About the time of this event, it was amazing the number of people who criticized the Amish’s example of forgiveness and grace.  But truth be told, all of us upon hearing this situation, based on our own human nature, had a gut reaction of wanting to seek revenge as well.  Because of the proximity of where we live, Michael was interviewed by a news broadcaster for the evening news who wanted to gain an understanding of what was causing the Amish to act in this way and what are the benefits of forgiveness vs. revenge.  This news broadcaster, along with so many others, couldn’t grasp why the Amish would act the way they did–especially when we live in a society which teaches a different way.
Right now ABC television is airing a weekly drama called Revenge.  The premise of the show, like the title says, is about one woman’s mission to get back and even with those who hurt and wronged her father years ago as a child–actions that ultimately lead to her father’s death.  This shows begs the question:
What is about human nature that instills in us a desire for revenge or to hold on to the wrongs that we perceive have been done to us?
For example, I (Tom) can remember a time when I was visiting my family in Illinois after my grandfather’s funeral.  Following the funeral our family decided to go out to eat at a family friendly restaurant.  My immediate family (my wife, my parents, and my brothers) arrived at the restaurant well before the rest of our party so we decided to start putting tables together.  In moving some tables and chairs my wife accidentally brushed against a little boy seated at a nearby table—she didn’t even know she did it.  The parents of the boy hopped out of their seats and got right into her face about what she had done.  My younger brother immediately stepped in and started apologizing knowing that my wife didn’t know what she had done.  But the father of the boy wouldn’t accept their apologies and continued to yell at them.  And nothing either of them said would calm him, it just made matters worse.  After several minutes of his ranting I couldn’t take it any longer and I was compelled to step in to—to defend my wife’s honor and to back up my brother—and now things really escalated.  I yelled at him, ‘Why don’t you shut your mouth’?  He responded by saying, “Want to take this outside?”  In spite of my anger, my immediate reaction wasn’t the answer so I refused his challenge.  Thankfully, he and his family left quickly thereafter, but I still felt bad about how I reacted—I felt badly that I had lost my cool in the moment.
Seeking revenge is never the better answer.  That incident revealed several weak reactions—the man to his child being bumped and my reaction to his response—only making matters worse and certainly not better.  My brother had the stronger response, one of apology, conciliation, and peace in an unintentional circumstance.   We aren’t naive enough to think that this response is easy or to say that our responses are always strong, but we know that it is ultimately the best and the right thing to do.