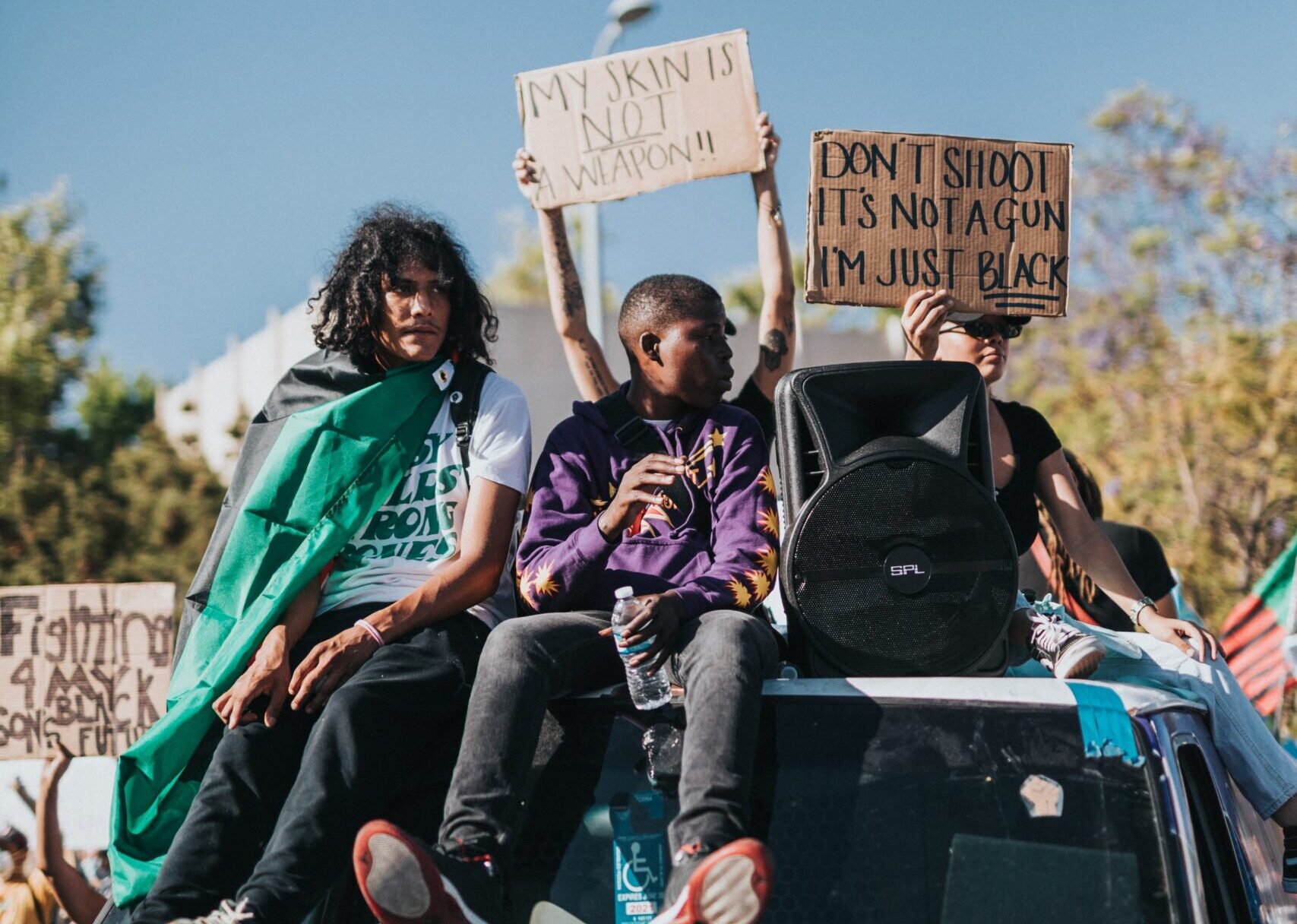 Shortly after 3:30 Central Time, on the afternoon of April 20, breaking news came out of Minneapolis, Minnesota: police officer Derek Chauvin was convicted on all three charges against him in the murder of George Floyd — second-degree unintentional murder, third-degree murder, and second-degree manslaughter.

I was working at home that day, as I have been nearly every day for more than 14 months since the pandemic began.  Also, at home that afternoon was my son Matthew, who lives with severe intellectual disability and autism, and his caregiver Eartha. As a Black woman, she was noticeably unsettled about the coming verdict. She had turned on the TV to watch the news and promised to tell me when the verdict was ready to be announced.

When it was time, she sat down as the trial judge began to speak. I stood nearby. Eartha was silent. As the first count was read her hand rose up to her face, covering the lower half in wide-eyed shock.  She remained silent. Her hand dropped to her lap. As the second count was read, the hand bolted to her face again in the same involuntary manner, then fell again to her lap. With the third count came the same sudden gesture, her eyes still wide in disbelief, her hand remained covering her open mouth and lower face. No sound came from her as she sat there, unmoving.

Long seconds passed with no sound.  Still and quiet, she remained.

After seeing time and again the murderers of other Black men see no comeuppance, for the norm to be that Black men and women are allowed to be brutalized with impunity by our justice system, she was unable to immediately process that this one was different. Justice had been done. After so many years, centuries, actually, in which Black people — Black men, in particular — have suffered at the hands of a racist system, Eartha was not alone in anticipating the worst. She couldn’t quite believe it.

Her reaction to the verdicts gave me chills. She, more than anyone else I interact with on a nearly daily basis, was most directly and personally affected by the breaking news that day.

I can never fully know how it felt for her, nor could I even begin to understand what that verdict meant for her and her family.  But I know, as I watched the news with her and witnessed her reaction that day, that something profound had occurred and maybe, just maybe, justice – if not rolling down like waters, as the ancient prophet Amos proclaimed – was at least beginning to trickle to form the beginning of an ever-flowing stream.

In the commemoration of this solemn anniversary, may it be so.

Photo by Nathan Dumlau on Unsplash