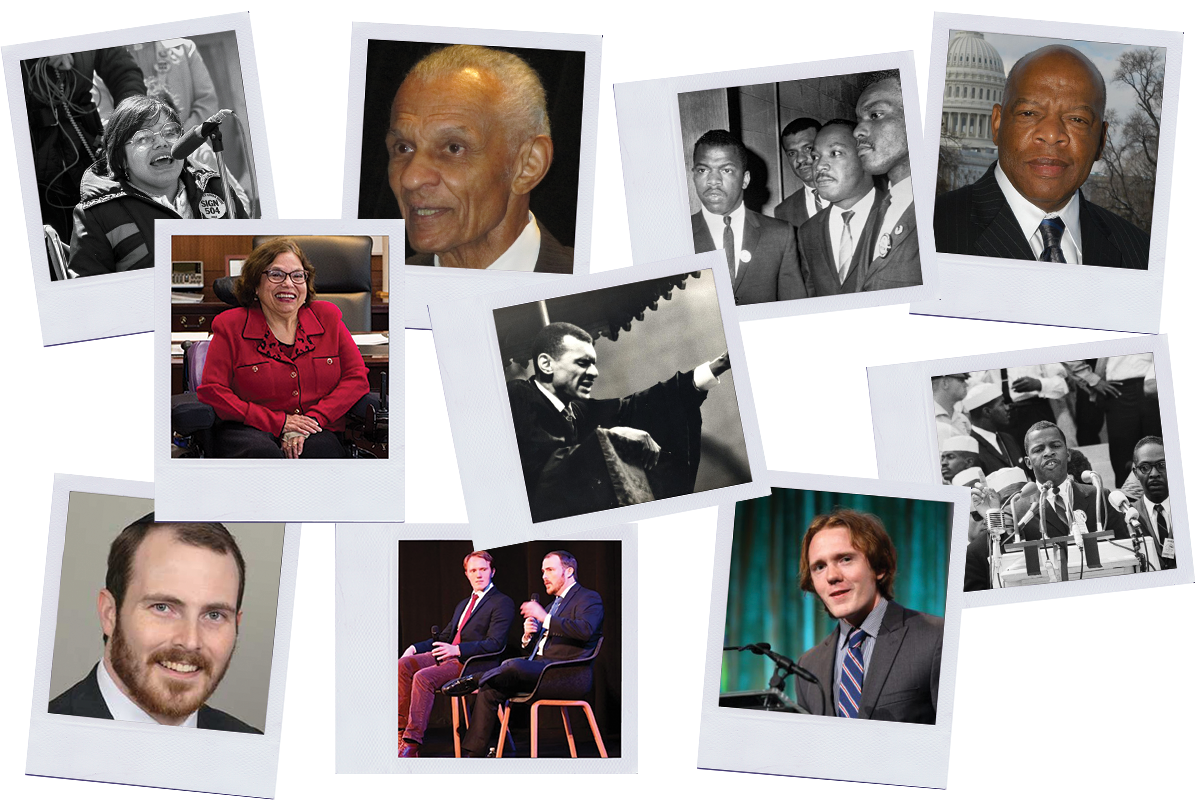 “The most basic human desire is to feel like you belong. Fitting in is important.”
— Simon Sinek

Yet … loneliness and disconnection pervade our lives in epidemic proportions. Too many of us don’t believe we belong, fit in, are valued, are loved, or that our lives have inherent meaning.

Someone To Tell It To works to change that. Every day.

We have been incredibly inspired in recent days by the examples and stories of certain people who have worked courageously, intensely, and with moral authority to help change the culture for so many who have historically felt — and been — left out. These are people who have had transformative impacts for those who have been marginalized and largely invisible. 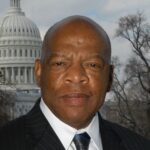 Throughout the past two weeks we have read, watched, and listened to the stories of the life of Congressman John Lewis, who died on July 17. His efforts in the cause of racial equality and inclusion, starting when he was a young man and continuing until his death, are iconic. In spite of being arrested, threatened countless times, and beaten until his skull was fractured and his blood was shed, John Lewis never stood down from the taunts of those who strove so hard to silence and stop him as well as those with whom he worked. Representing Atlanta, Georgia for more than 30 years, he worked tirelessly in the U.S. House of Representatives and was considered the “conscience of the congress” because of the moral, principled, and compassionate stands he took on issues of the day. 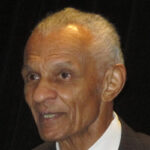 On the same day as Rep. Lewis, his fellow activist in the civil rights movement, Cordy Tindell “C.T.” Vivian also died. He was a minister, a friend to Martin Luther King, Jr., and a key organizer for the cause in the 1960’s, one of the true pioneers of the movement.  His legacy is one of longevity, as he spent years dedicated to civil rights and the promotion of non-violence to achieve equality and belonging, even as he faced violence himself. He too was beaten, punched in the face, and vilified for his beliefs and activism.  But he always persevered. Pastor Vivian helped found the Nashville Christian Leadership Conference. He helped organize the first sit-ins and the first civil rights march. He participated in Freedom Rides. He helped found numerous civil rights organizations. For his lifelong work to gain civil rights, he was a recipient of the Presidential Medal of Freedom. 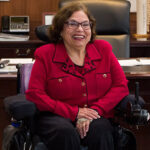 Judith Heumann is an internationally recognized, lifelong leader in the disability community. Since the 1970s, her work with governments, non-profits, and various other disability interest groups has produced significant contributions toward the development of human rights legislation and policies benefiting people with disabilities. At 18-months old, Judy contracted polio, and as a result used a wheelchair most of her life. She had to fight repeatedly to be included in the educational system. Every summer from ages 9 to 18, she attended Camp Jened, a camp for children with disabilities in upstate New York, where she was able to realize the connectedness of disabled experiences. There, she met a number of allies with whom she would later work as disability rights activists. The 2020 documentary Crip Camp — which we watched and were moved by this week — features Camp Jened campers, including Judy. The film details the efforts she made to help develop legislation that led to the Individuals with Disabilities Education Act and so much more.

Each of these three pioneers is a hero to us.

As we wrote in our last blog, we are currently reading the book, Together: The Healing Power of Human Connection in a Sometimes Lonely World, by former Surgeon General of the United States Dr. Vivek Murthy.  We love it more and more with each chapter we read.

Dr. Murthy recounts a story in the book that also gives us tremendous hope for the potential of people to be transformed, to have abundant grace for one another, and to find the common humanity that we all share:

Derek Black and Matthew Stevenson were two young men who lived across the hall from one another in college. Derek was the child of KKK activists and white nationalists. Matthew was an Orthodox Jew. Matthew befriended Derek, and while Derek never talked about his affiliation, Matthew became aware of his family’s connections to the Klan. While Derek was on a semester abroad in Germany, he was outed as coming from a white nationalist family by another college student. Their campus was in a furor over the news. When Derek returned from abroad, Matthew invited him to one of his weekly Shabbat dinners. Derek, amazingly, accepted. When Matthew was later asked why he would invite someone affiliated with the KKK to his Shabbat dinners, he explained,

“I have a fundamental belief that at the heart of every person is a spark of the creator … We share a common humanity.” 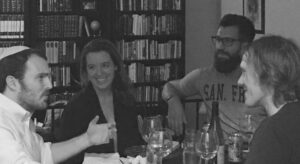 Matthew believed that people like Derek can transform. He’d seen it attending Alcoholics Anonymous meetings with his mother as a child. He continued inviting Derek to Shabbat dinners, and Derek continued attending — along with students of color, immigrants, Jews, and members of the LGBTQ community. Matthew never brought up the subject of Derek’s relationship to the KKK.  Matthew decided that he’d simply wait for Derek to bring it up.

Over time, eating meals and sharing sacred time with those who were so different from him, Derek’s racist, religious, and homophobic, beliefs began to shift. As they did, they became more and more incompatible with his family’s convictions. By the end of college, his closest friends were precisely the kind of people he had been taught to hate. He publicly renounced his beliefs in an article that went viral. Afterwards, Derek and Matthew talked about Derek’s origins. They became close friends.

The personal cost for Derek was high, though. Feelings of anger and hurt from his family after Derek renounced their beliefs are still raw. as Together was being written, he was still trying to rehabilitate damaged relationships.

But this story shows us that we have the capacity to love people even if we profoundly disagree with them. When we can build trust by forging relationships filled with inclusion, dignity, and respect, our hearts and so many other things can begin to change.

As we write this, it is International Friendship Day. John Lewis, C.T. Vivian, Judy Heumann, Derek Black, and Matthew Stevenson are all heroes — friends to the world — who have done courageous work to enable others to begin to belong, to have dignity, to know they have worth. Each of them, in ways large and small, public and private, have set exemplary precedents for us. They remind us and inspire us to see the sacred worth in every person, to help every person, no matter our differences, fit in. That’s ultimately what friends do.

We gain our inspiration from heroes and friends such as these. These pioneers of inclusion, of conferring dignity on those who have not been considered fully human before. In a time of isolation and disconnection, of division and differences, we bring their remarkable accomplishments into the spotlight, to illuminate what we believe about all of us:

That “… at the heart of every person is a spark of the creator … We share a common humanity.”

Because of that, we belong. We all fit in.