Five years ago, when Someone To Tell It To had just been created, we wrote the blog below, about the actress Viola Davis and her insights into achieving a healthy level of self-worth. Ms. Davis has been in the news recently, most notably for winning an Academy Award for her role as a long-suffering wife and mother in the movie, Fences. We thought that sharing this message again was appropriate, for Ms. Davis’ observations continue to ring true and are valuable today.
_______________________________________________ 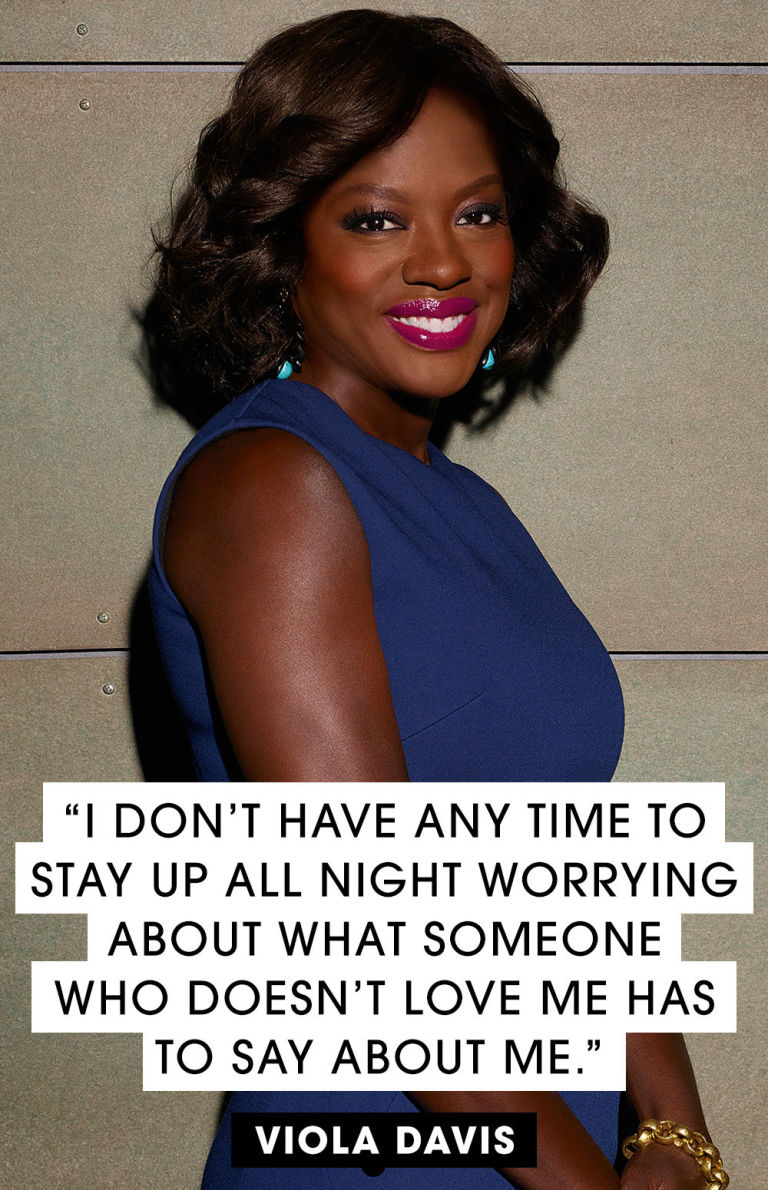 You don’t have time. You’re on this earth for a dash of time, really. And then that’s it. And for some reason that reality and knowing that, it just changed everything. I felt that I don’t have any time to stay up all night worrying about what someone who doesn’t love me says about me … And here’s a whole slew of people who love me, that I’m devaluing; I’m not even spending any time with them. And my mortality is staring me in the face.
~Viola Davis

In a recent interview with Oprah Winfrey, Oscar nominated actress Viola Davis, spoke about her life and career, about the years she struggled to become the celebrated and honored actress she is today. She talked eloquently about her challenges and difficulties, especially those she has had with chronic low self-esteem. Her interview resonated with both of us, because we have talked with so many other people who – like us, as well – have had to discover a place within ourselves where we have assurance and confidence in who we are and who have been created to be. Ms. Davis shared about how lonely and discouraged she has often felt, about how her ethnicity has also affected her feelings of acceptance. But in discovering a place of assurance and confidence within herself she has been much more able to follow her dreams and develop her tremendous talent.

What struck us most about Viola Davis’ story was the part of her conversation with Oprah that concerned the searing negativity she encountered and endured as she tried to make her way as a fledgling actress. Even after winning numerous acting awards – including two Tony Awards, as well as two Academy Award nominations (at that point in her life) – and having been recognized as one of the finest actresses today, she still had to struggle with her own sense of self-worth and her identity as a person of meaning.

But a turning point began to emerge when she recognized that she needed to surround herself with and concentrate on the people in her life who would love her well and encourage her to be who she truly has been created to be. That realization served as a stage for her to accept herself, her heritage and her worth, not just as an actress but also as a human being. By not accepting her self-worth for such a long time, she realized that she was devaluing herself and others and not allowing others to help her, support her and encourage her on her journey.

We all need to come to that place, that place in which we recognize that life is too short, that we cannot waste time worrying about what others think or say about us, especially those whose love for us is either non-existent or limited. We need to identify those people in our lives who truly do love us – appreciate and affirm us, support and care for us – even and (most) especially when we cannot do that for ourselves. We all need others in our lives who are life affirming, those who help to make us better people, those who positively motivate us to be our best and truest selves.

We can speak to this very personally – as can most people. We know what it’s like to be in a similar place. When others put unreasonable expectations on us or try to make us into something that we’re not, it can keep us awake too many nights and leave us unfulfilled. It can create burdens that really shouldn’t be ours to bear. But we also know what it’s like to surround ourselves with people who only want what’s best for us. We recognize the rich significance of that kind of support in our own lives.

So we encourage you to spend as much time as possible with people who are going to bring out and encourage the best in you. Invest in those people. Allow them to invest in you. Be intentional with those people. Welcome their intentionality with you. Because, as Viola Davis has said, life is too short to be lying awake at night putting all our focus and attention on caring what everyone else thinks about us. Embrace love today and those who are there to offer it.

In its essence, that is what a good life is all about.

Here is the link to her acceptance speech: https://www.youtube.com/watch?v=YHTXbGG68T8